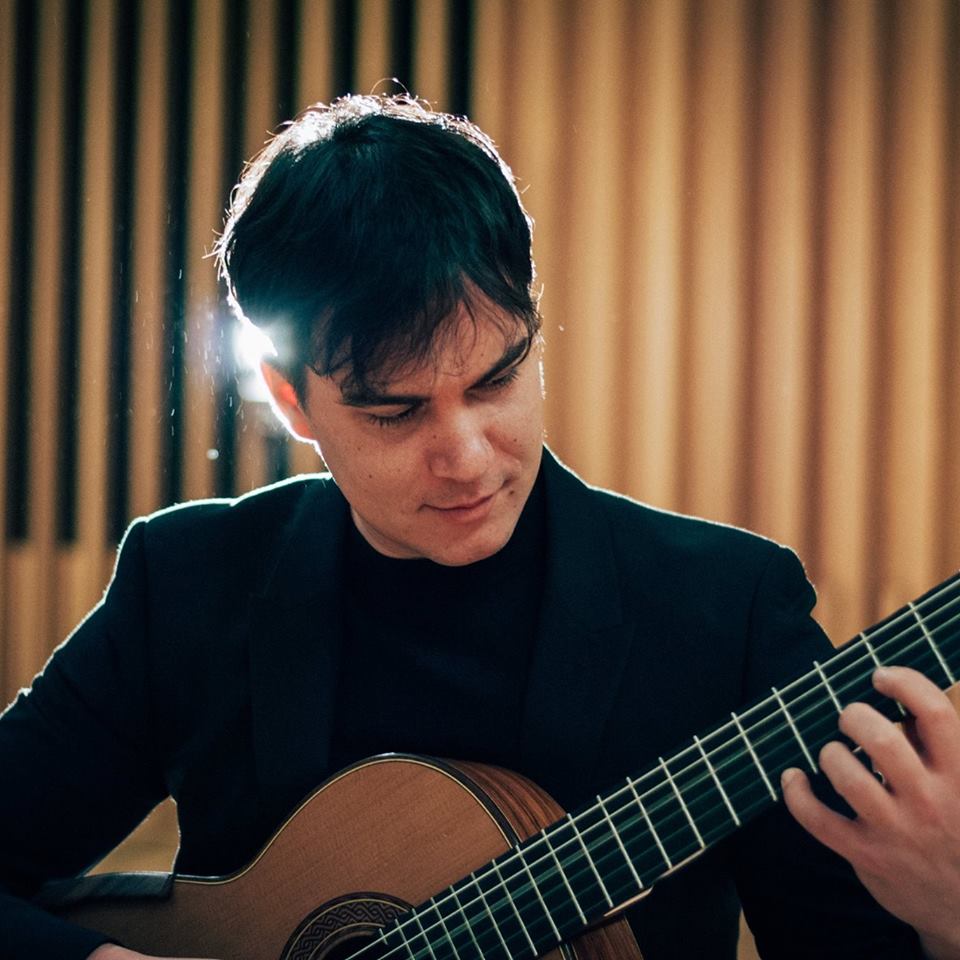 Regarded by The Guardian as ‘’impressively expert” and by Classical Guitar Magazine as ‘’a highly talented player’’, Albanian-born Jon Gjylaci is in increasing demand as a performer due to his wide ranging repertoire, “brilliant interpretations”, “compelling quality to his guitar playing” and his ability to connect with the audience.

Jon has performed in concerts and recitals across the UK and Europe as a soloist and chamber musician in venues such as St Martin-in-the-Fields, Bridgewater Hall, Cadogan Hall and Newcastle Cathedral to name but a few. He has given world premiere performances of new guitar works dedicated to him by composers such as Mark Houghton, Helen Walker, Ray Kohn and Frederick Naftel.

During recent years he has collaborated as a soloist performing Guitar Concertos with RTSH Symphony Orchestra of Albania, L’Orchestra dell’Arte, Bolton Chamber Orchestra and many others.

Jon has released two critically acclaimed solo guitar albums and Classical Guitar Magazine listed his latest album as one of the ‘Top 10 Albums of the Year 2017’. Jon has also been selected by BBC Radio 3 as their ‘BBC Classical Introducing Artist’ and has performed live on BBC radio broadcasts.

Jon is a graduate of the Royal Northern College of Music where he currently holds a guitar teaching post.